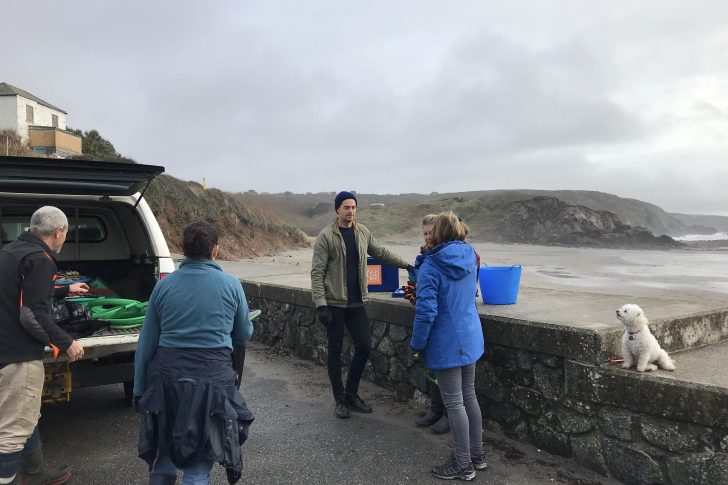 As I shut the car door, I realised two things:

I was supposed to be setting off for the Friends of Kennack and Surfers Against Sewage Autumn Beach Clean. As it happened, I was being unceremoniously held up by my angel-faced, 12-pound dog Tiamo aka Fapot who had, 2 minutes before, been caught tucking into the remnants of the neighbourhood cat’s morning bowel movements.

I sat in the car, glancing at her in disgust. She belched. I gagged.

Throwing open the door again I managed to de-odour the dog, maintain consciousness and set off once more with, miraculously, enough time to spare.

Upon arrival at Kennack Sands, mood lifted, I was met by Steve Townsend of Natural England and Chris Betty of Cornwall Wildlife Trust and Surfers Against Sewage, as well as a number of ready and willing local volunteers. With gloves, bags and litter pickers handed out, we began our beach clean, combing the area for rubbish. Of which, it turns out, there was plenty. 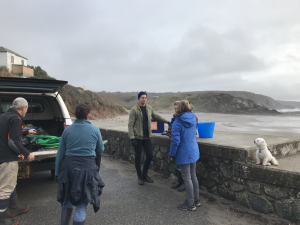 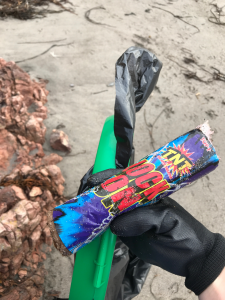 Despite regular beach cleans carried out by Friends of Kennack and fantastic volunteers, this beach like countless others is hit by wave after wave of litter. As well as the prolific reoffenders (plastic bottles, straws, nets, food packets, fishing wires, soiled poo bags), the tell-tale remnants of fireworks were also picked up – the leftovers of Bonfire Night celebrations.

Of the most difficult to spot and collect, the huge number of micro plastics along the shoreline, buried in lumps of seaweeds and jammed into rocky outcrops, was staggering. These seemingly innocuous objects wash up in their millions and cause untold destruction to wildlife populations – easily consumed and impossible to digest.

In 2015, the Marine Conservation Society released a report stating that 5,500 pieces of litter are found per kilometre along the Cornish coast. Combined with rubbish washed in from the Atlantic, Cornwall’s increasing popularity has gone hand-in-hand with its demise and the amount of debris left on beaches. 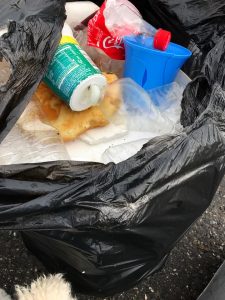 Novelty tat, flimsy plastic toys, cheap bodyboards, cans, food wrappers, flip flops and fold up chairs are but a fraction of the things you can regularly find on beaches in Cornwall, especially in summer. Even the beaches and coves lying off the beaten track are plagued with a constant onslaught of junk after every tide. The statistics are eye-watering. The damage is indescribable. But there are things you can do.

While there is no easy solution, there are ways for everyone to play their part. By taking rubbish home with you, making use of recycling schemes, foregoing single-use plastics and taking part in beach cleans, both organised and adhoc, you can make a positive impact. You can raise awareness. You can drive change.

At the end of the beach clean, we all assembled with our bags of rubbish and piled them into the back of Steve’s truck. Having made up with my four-legged friend, who had been diligently helping me on the beach, I bid farewell to the gang and promised to pencil the next beach clean into my diary.

Interested? Here is how you can join in too: 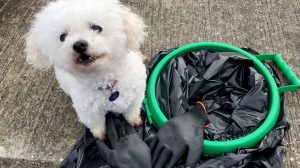