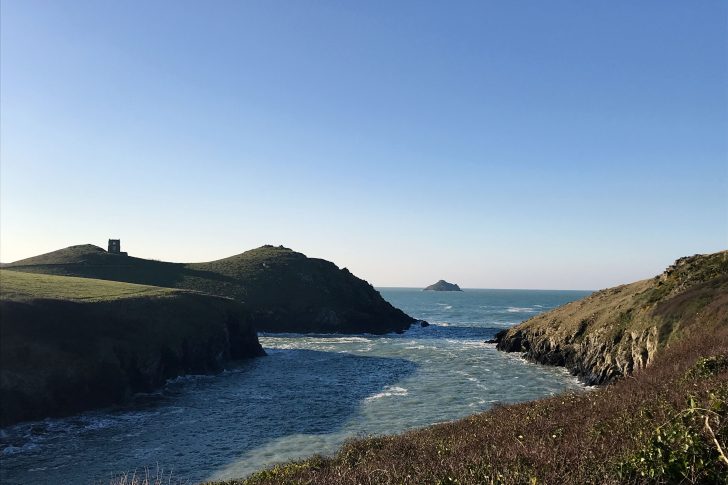 I have always had a terrible sense of direction. A true inability to place myself – a directional dyslexia. Direclexia, if you will. Some people have this innate ability to orientate themselves at any given moment – “oh yeah, that way’s north, that way’s south and that’s the way to my auntie’s house”. Not me. Even on familiar roads I have driven a thousand times I still struggle to picture what is around the corner. Normally, this is a constant source of frustration for me. But not today.

Wending our way around the back roads of Port Quin, accompanied by my satnav’s dubitable instructions, getting lost was an absolute pleasure. With my mum sat next to me in the passenger seat, we were exploring a part of Cornwall neither of us had been to before and we had struck gold. The skies were impossibly blue, the sun was beating down and a cool breeze was undercut by a pervading balminess, unusual for mid-November.

If my satnav was a backpacker, it would be one of those quirky-yet-slightly-aggressive types who fervently feels the need to get off the beaten track. Every lane we took got longer, narrower, more overgrown. On the rare moments we happed across another car, a huge logistical undertaking ensued, one of us reversing for interminable amounts of time to locate a suitable passing place. But that was absolutely fine. We were on holiday.

Eventually we popped out of the last country lane and made our way down into Port Quin. Parking up, we straightened our backs and deeply inhaled the sea air. It was high tide and a wander on the beach wasn’t an option, so instead we followed a sign for the South West Coast Path. Lead by the dog, we made our way to the top of the headland and found a bench dedicated to Sergeant Steven Roberts, killed in Iraq in 2003.

Leaning back, the sun warming our faces and seeping through our layers, we sat for what felt like minutes and hours all at the same time. We sat and talked. We sat and said nothing. We watched the waves make their way from the open ocean and pass through the narrow passage of the inlet and crash against the cliffs, petering out before they reached the beach. Occasionally, huge set waves would appear from seemingly nowhere, burgeoning and bulging like rippling sea monsters. They would grow and grow, before exploding on the rocks below. 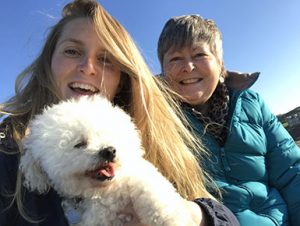 When we eventually decided to move, a piece of our hearts had been etched in Port Quin. We will definitely be returning. Even if we do get lost on the way. 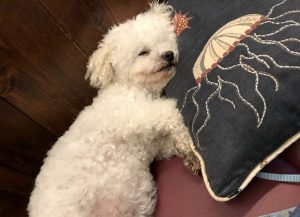